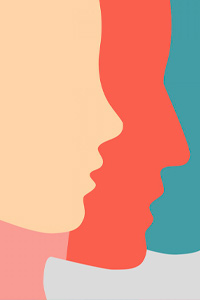 Mindfulness means to consciously pay attention to your here-and-now with flexibility, openness and curiosity.

ACT (pronounced as one word) assumes that the psychological processes of a normal human mind are often destructive and create psychological suffering for us all, sooner or later. Symptom reduction is not a goal of ACT (although this can often happen), based on the view that ongoing attempts to “get rid of symptoms” can create psychological problems in the first place. The term “acceptance” in ACT means opening up to and making room for painful feelings, sensations, urges and emotions. The goal of Acceptance and Commitment Therapy is to help the client create a rich and meaningful life, while accepting the pain that inevitably goes with it. So this type of psychological therapy is about taking effective action guided by our deepest values, in which we are fully present - head, heart and feet engaged in life. 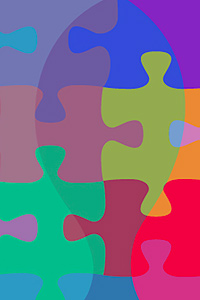 Cognitive Behavioural Therapy (CBT) is the provision of a special relationship with a trained person who will help you to explore the difficulties in your life. It is sometimes called a “talking therapy”, and you will certainly spend some of the appointments talking about yourself and trying to understand how your problems have developed. But you will also concentrate on finding practical ways to overcome your difficulties using methods that have been scientifically developed and known to be effective. You will have to take an active role in this, often trying out new ways of dealing with things between sessions (commonly called homework tasks).  The therapist will also be active during sessions (i.e. not sat there silently, with you laid there on a couch!) and may go out with their clients to help practise what needs to be done. Hence, CBT emphasizes a collaborative approach to solving a client’s problems.  Cognitive Behavioural Therapists tend to focus on the “here and now” rather than the past, but will also endeavour to identify links between current thoughts and behaviours, and past experiences, when this seems appropriate. That is, it helps to make sense of a client’s current difficulties. 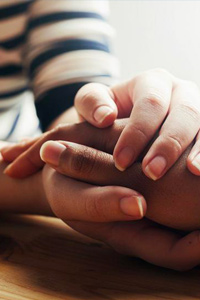 A model of therapy that encourages people to be compassionate toward themselves and others.

Compassion focused therapy (CFT) was developed by Professor Paul Gilbert OBE. It's a model of psychological therapy that encourages people to be compassionate toward themselves and towards others and was developed to combat high levels of shame and self-criticism that often-come hand-in-hand with mental health difficulties. Compassion-focused therapy aims to restore, or even introduce, ideas of safety, compassion and reassurance in individuals who may have grown up in environments where these were lacking, in critical, abusive, or neglectful environments.

Paul Gilbert also founded the Compassion Mind Foundation in 2008 (see www.compassionatemind.org.uk)  which explains why compassion is at the centre of their work: "When people hear the word compassion, they tend to think of kindness. But scientific study has found the core of compassion to be courage. A standard definition of compassion is, "a sensitivity to suffering in self and others with a commitment to try to alleviate and prevent it."  The courage to be compassionate lies in the willingness to see into the nature and causes of suffering – be that in ourselves, in others and the human condition. The challenge is to acquire the wisdom we need to address the causes of suffering in ourselves and others. Compassion is one of the most important declarations of strength and courage known to humanity. It is difficult and powerful, infectious, and influential. It is a universally recognised motivation with the ability to change the world."

Call 07900 286 400
enquiry@hampshirepsychologist.co.uk
Or complete the form to make an enquiry or appointment.

Thank you for your enquiry.