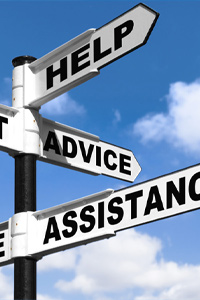 These books have been divided into categories so you can jump directly to the section of interest, or just scroll down the page.

I would recommend any of the books in the "Overcoming" series by Robinson Publishing, but the following are the ones I most frequently suggest clients read: